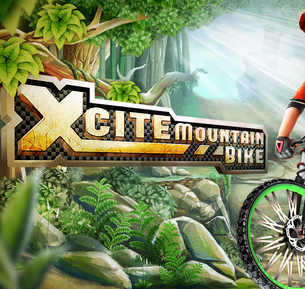 Xcite Mountain Bike is the latest “endless running and jumping” game in the iOS App Store developed by Weraku Games. The game sports a mountain bike that the player rides across through various stunning 3D environments. The game requires good skills to maneuver more than a dozen different obstacles like boulders, fallen trees, downhill rolling logs, etc. The player can perform many real-world stunts like Air Wheelie, Kick Back, Bar Spin, Tail Whip among others while simultaneously jumping broken bridges. A player can choose to use either of the Gamepad or Tilt-and-Touch modes to play the game. This option can be changed in the “settings” section of the game. Players addicted to using their devices` accelerometer to play games will love the Tilt-and-Touch feature. A wide array of customizations are also available for both the bike and the biker. Customizations for biker include everything from gloves to helmets, while the customizations on the bike side include different frames, wheels etc. Apart from the various suits and bikes available for choice, the players can choose their colour combinations to have a signature statement. 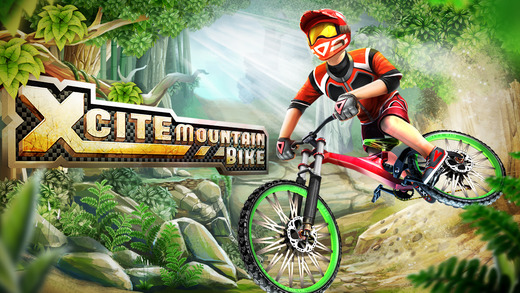 In-app purchases are available but are not aggressively promoted. A patient player can earn a lot of in-app credits by playing the game but can save quite some time by purchasing the credits instead. The game can be directly linked to Facebook where the scores can be readily shared with friends to see. Further, the scores can be shared on the Global Leaderboards. The “Record Video Replay” feature can be used to monitor or flaunt the biking skills by sharing the videos directly on video sharing sites like Youtube. A button to set the game graphics to low, medium or high will come handy to players who have a slower phone. This app will come as a breath of fresh air to those who are bored by the current running games available on the iOS store. Unlike most games, Xcite Mountain Bike`s Gamepad option demands the use of both hands ensuring that the player gets the console feeling. The game itself is fast-paced and requires improved gaming skills at higher levels. A steady advancement to higher levels is followed by greater skills, customizations and options which give a fresh look and feel for the game which inturn gives a boost to the addictive nature of the game itself. 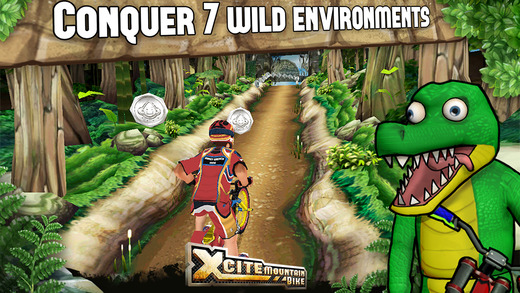 Xcite Mountain Bike comes with an in-app forum “Xcite MTB”, a discussion hub for players. The forum requires an account login to participate, post which the players can post game tips to other players or enquire from other players for tips pertaining to the game. The discussion threads can be searched based on their topics. A number of best replay videos from various players on the forum come handy to learn new tricks in the game. 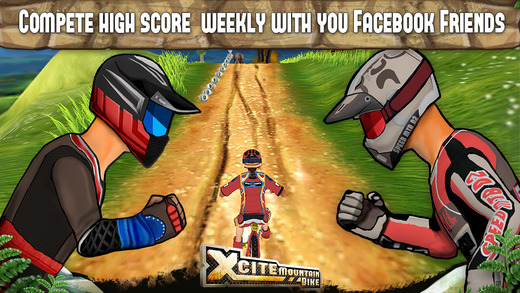 There is no violence in the game and therefore even children can be allowed to play the game. Players can die after hitting obstacles but there is no blood or violent graphics in the game. The game rates high on the entertainment quotient and is certainly a good way to spend time.