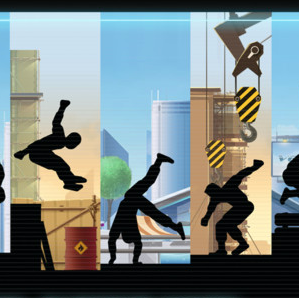 Genre : iOS Game
Platform : iPhone / iPad
Developer : eiVix
Positivies :Smooth and Fluid graphics, Over 100 Realistic Parkour moves
Negatives :Nothing we can think of at the moment
5

If you’re not familiar with Parkour, it is a discipline which involves running from one point to another while negotiating all the obstacles on the way by jumping over or sliding under then with the most efficient body movements possible.

Vector HD, by Nekki is a challenging Parkour game for the iPad which will test your limits and and keep you wanting to make that run again. The game looks and feels a bit like Mirror’s Edge by Electronic Arts and includes simple controls which let you make your character speed up, jump or slide. And if you think it is as simple as the average mindless running game, you can’t be more wrong.

While it is a running game at heart, Vector HD can be termed as a true Parkour simulator on the iPad and that’s where it differs from other running games available like Temple Run or Agent Dash. Your character as well as Big Brother, who’s chasing you, are both silhouetted against the skyline and you must run, jump and slide your way to stay ahead of Big Brother, not allowing  him to catch up with you.

The jumps need to be timed accurately and perfectly or you hurtle down to your death ending the run. At the same time you need to ensure that you don’t slow down and the let the chaser catch up with you, as that would result in your death too.

The controls are pretty simple, swipe right to speed up, swipe up to jump and swipe down to slide. But wait, that’s not all! You can unlock new cool parkour moves which can be activated by swiping on an icon in each level. This will let you perform gravity defying stunt moves which look really cool on that gorgeous retina display. 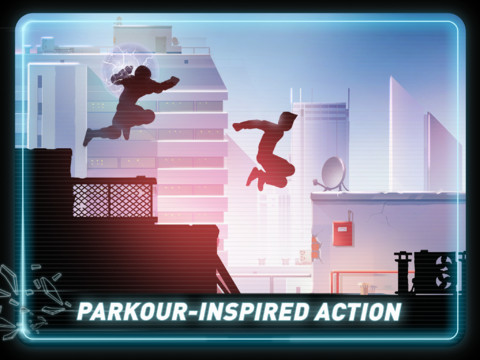 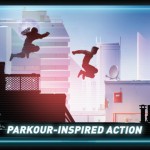 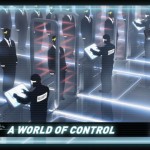 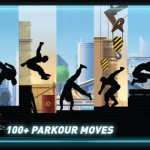 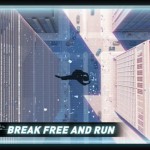 Usually simulator games like these tend to be easier in the initial levels and the difficulty level rises as you progress through the game. With Vector HD you are in the thick of action right from the beginning, and slowing down at any point could mean death and the end of that run.

The graphics are really smooth and controls are fluid. Gameplay is challenging but exciting and fun. The UI looks very polished and in fact much better than some big name games. Vector HD features over 30 different levels, and more are getting added via updates. If you are looking for a fast paced action game, Vector HD is a sure shot time killer on that long ride back home.

Vector HD is compatible with iPads running iOS 3.2 or later. It can be downloaded from the App Store for $1.99.

What could be better?