Use CCping with Auto Expiry of Messages 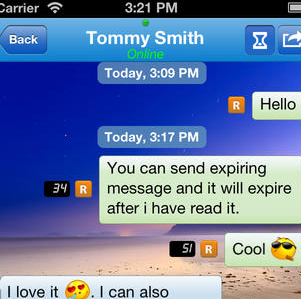 App store is already flooded with a lot of chatting and messaging app and it is not possible to sustain in the run if a new messenger app does not have something new to offer. That is the reason why ccPing has brought something new which makes messaging more safe and secured and provides a lot of opportunity to the user to use the app in the best possible manner. ccPing by Theta Software Lab provides a new dimension to safe messaging service and messaging with an undo option. That makes this app completely different from its counterparts and when it is available for free, there is no harm giving it a try. 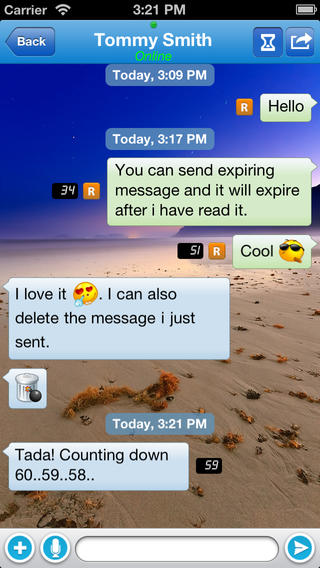 ccPing is unique messenger for iTunes user which allows the user to save the message with a password. The message can be viewed only with the use of a password and you can view the message from any device you have installed the app in. It can also be your desktop. Synchronization is done automatically which means messages will not be unavailable to see even if you have sent it or received on a different device. You are never going to miss a message now and the cool interface of the app is something that will grab your interest. There are other lucrative features which require special mention. 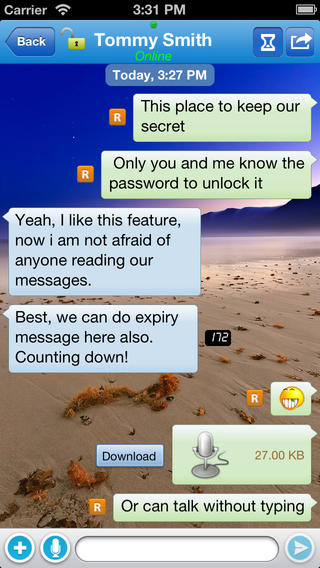 Summary: ccPing is a secured messaging app that does not only allows you to message other users for free but also protects your message from getting into wrong hands.

Good: The auto expiry option of messages makes this app quite valuable.

Bad: The app has nothing bad in it and all the bugs are fixed in the new version.