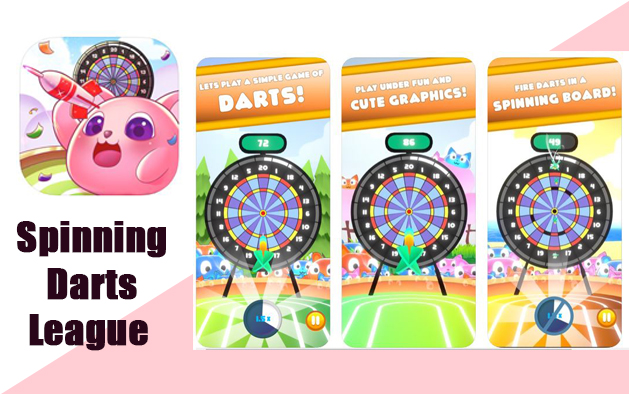 You can play for fun and compete against other players to win real world prizes or virtual currency. So enjoy cute and fun graphics involving tons of unique themes.

This Spinning Darts League developed by Gamasome Interactive LLP wholly satisfies all requirements for passionate game users. It is one of the more exciting game apps that have been released so far this year.