Skulls of the Shogun

Genre : Strategy
Platform : XBox 360
Developer : Haunted Temple Studios
Positivies :; great and charming graphics; main protagonist is in every way very interesting
Negatives :; game is little bit linear ; sometimes there can be too much going on in single fight
4

Most of the recent games coming to the market are rather repetitive in terms of game-play and ideas. The reason for this is simple: developers fear possible financial risk. But there are same titles, that are excerpt to this rule.. Here we go with Skulls of the Shogun, one of the most original products in the few last years.
Skulls of the Shogun is a strategy game, that is played in turns. The game’s action is located in the Japanese-like oriental setting. The main protagonist of the story is General Akamoto, that found himself in a very strange and haunted place. Your task will be to find way out of this nightmare (during campaign which is separated in missions that you have to complete in order to advance further)

What’s really worth mentioning are titular skulls that can be eaten to give huge stats bonus! Yes, those appear on the battlefield when a samurai gets killed. Speaking of combat it is played in turns. Every turn you are given a preset number of actions to do. For example, you can order you Infantry to move, and then attack if you’re close enough to your enemy. Some of the troops in Skulls of the Shogun have ability to make ranged attacks (Archers). They’re especially valuable when a distance assault is needed. In opposition there is Cavalry, that has the biggest movement rate in the game. These guys are perfect for performing hit-and-run tactics. Then, they can re-position at the end of the movement, which gives them tactical advantage. 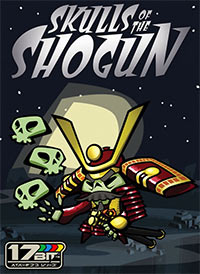 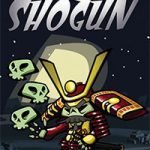 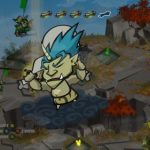 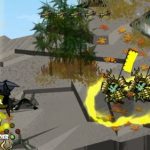 Skulls of the Shogun’s graphics are especially charming and unique… We got visuals that remind hand-drawn comic-book pictures. Sounds in the game are very good, especially the voices of the dead samurai. Speaking of tactics and strategy, this game has lots of potential. There are many different situations that will affect ongoing combat. For example when shooting with your archer to a target that is positioned in long range your troop gets a less chance to hit (80%). If you always wanted some more from games and appreciated originality, Skulls of the Shogun should be a very interesting prospect. This game achieves in every department that adds to a complete and long-lasting product! Easily recommended.