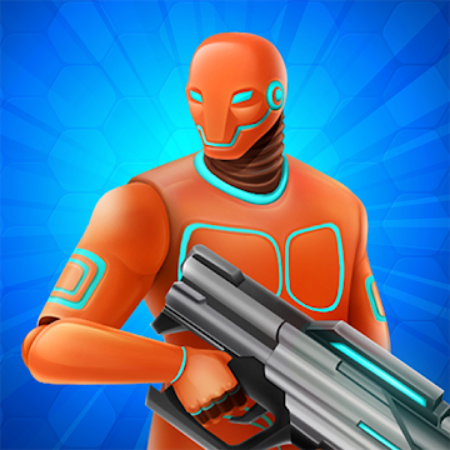 More interestingly today people happened to come across and stumble upon Robot City Clash: To Summon & Protect game app developed by Jade Media while doing their weekly roundup of the popular App Store and Play Store games. They were highly intrigued since it looked like a special something set it apart from the others that they have played in the past.

During the year 2050, robots have joined the force to serve and protect. In this popular fun game, it is packed with action and strategy. Indeed you can control a squad of police officers and their robots against a gang of hooligans throughout the city you have sworn to protect. Also this game holds 70 missions, each requiring a different approach and tactic in order to win.

You can come across 7 Levels where you will confront these hooligans. Moreover in each level you will have 10 missions to complete. Also this game is not linear so do not expect to use the same strategy to win every time. The Ai was built to behave randomly most of the time so these hooligans will try many things to beat you that you may not expect.

In addition the missions are not necessarily harder as you progress; though the fist level is quite simple to assist you get the hang of it. Once you pass level 1, buckle up officer. No matter how simple or complex the missions become, this game is so simple to learn and will always keep you entertained for hours.

You can summon your Robots

It is illustrated that each cop is assigned one robot during a mission. Also it’s up to you to decide when the cop summons his or her robot. You have 3 kinds of robots available to you respectively as Runners, Defenders and Assassins.

The Runners will get you Crystal coins, the energy source required to activate the cop’s bracelets that allow them to summon the robots.

The Defender will protect your cops and your base.

The Assassin will have one goal, eliminate the hooligans. In no time you will master each robot and use them to your advantage.

Actively become the chief of Police

The users need Gold coins to upgrade their units to make them stronger and faster. You also receive 2000 free gold coins when you first install the app. It is suggested to upgrade your units often. By doing so the missions become easier, you also go up in ranks. In addition as you go up in ranks, the higher levels will become available to you. You can also start off as an officer and go up to become the Chief of Police.

Robot City Clash: To Summon & Protect game app developed by Jade Media is certainly something that’s so much different on the App Store and Play Store, which is always refreshing to experience these days. The features are special and controls are simple enough for anyone to learn on the go. Amazingly this game is free to download but also contains in-App Purchases which permit you to buy Crystal and Gold coins. Crystal and Gold coins can also be collected by playing the game without requiring any purchase.