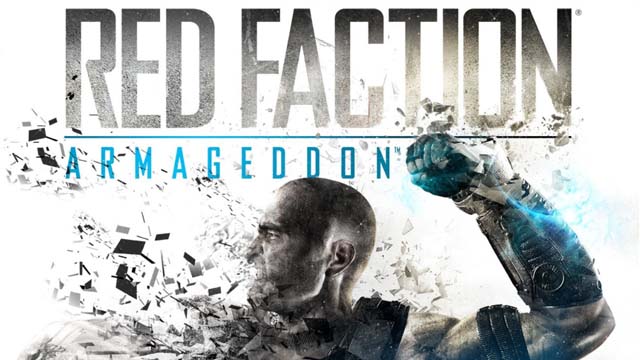 Welcome to one of the greatest games ever made… of course, I’m speaking of Red Faction: Armageddon! This 3rd person shooter achieved in pushing the genre into a completely new direction, plus is filled to the bone with innovative and perfectly served ideas! As we all know, Red Faction is obviously no pushover, when it comes to destruction! For those who didn’t know, franchise was always set on destructible environments, making this element stand out from the crowd as noticeable as possible.. Most of the barriers, elements of cover and even whole buildings can be easily torn apart in Red Faction: Armageddon!

Of course, Red Faction’s greatest deal is the campaign mode where you get to beat the whole story alone… This is an epic journey where you will fight everywhere from open battlefields, through mines to the deepest dungeons! You will be faced against robotic titans being of a size of a nice building.. Red Faction: Armageddon offers a great freedom of action, because of previously mentioned destructibility.. There will be numerous moments, where you will be stuck in some passage along the way, because of attached cover or a barrier.. A solution for this kind of situation is easy: you charge your Plasma Gun and with one shot tear the barricade into pieces.. You can freely access the way now! 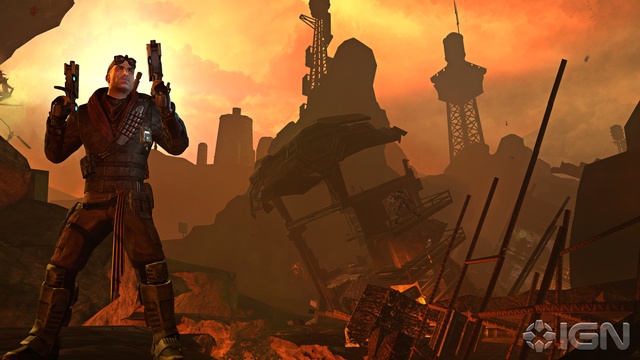 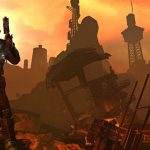 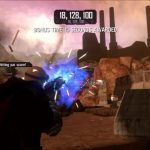 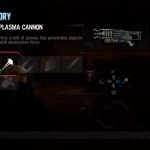 Game offers weapons that were created with such original ideas in mind, that it’s hard to believe they work out in Red Faction. Imagine a Magnet Gun, that has so complicated effect that must be shot in two stages.. Most of the weaponry accessible in this title can make a disaster not known before in other game. Imagine that earlier mentioned Magnet Gun can take down whole building at ease, and it looks like children’s play!

In general, game looks amazing and visual effects (fire and lightning) can give you a strong hit in the eyes. Voice overs are totally unbelievable and Red Faction’s sounds are very cool(especially explosions). Red Faction: Armageddon shows that every limit can be skipped over! This game can be called a true classic, you shouldn’t miss… This in the heart is a true Red Faction, so beware or it may steal a great portion of your life!