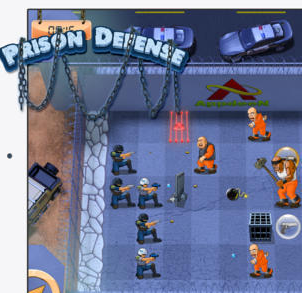 Prison is about living life minimally and mostly, about finding a method to escape. You are constantly thinking about the latter day in and day out, planning out each ray of hope as far as you can. If you are good at strategizing, then you must try out the iOS app Prison Defense. Planning out something and actually executing are two entirely different tasks. Fighting the police is the biggest challenge involved. 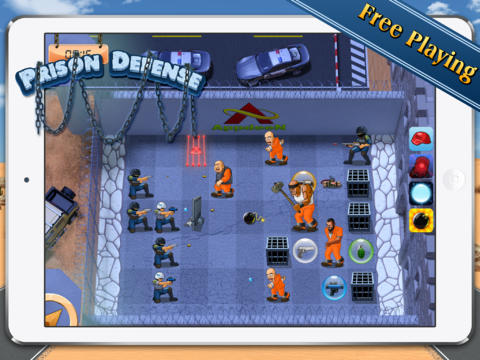 Developed by HamzaAbdeen, this iOS app looks at Prison Defense from the point of view of the police. There are some dangerous criminals behind bars. Their escape could endanger national and local security and hence must be curbed at any cost. The costs involved could include their own lives. As a player, your aim is to keep the prisoners from running loose from the prisons. This strategy game will our your planning abilities to test.

The basic concept and implementation are quite simple. There are a set of cages with prisoners and it is your job to identify the prisoners and kill them. These cages also have weapons alongwith prisoners. Each time you geta weapon, it is advisable that you put it aside in the row on the right for future use. You need to arrange these weapons according to a strategy so that you can make the most of them and make use of the right ones to attack prisoners. 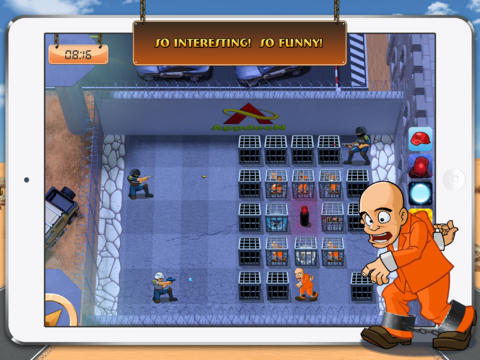 One of the key concepts of this game is about placing your weapons right. A good strategy and a bit of agility sure helps in these cases. The strengths and the challenges posed by prisoners varies from prisoner to prisoner. Thereby, an array of weapons has been laid out for you, provided you are wise enough to pick the right ones for each. To add a twist to the game, the developer has added explosives to the game. However, these are quite dangerous as they could also destroy your players besides destroying the prisoners alone.

A sum total of 40 unique levels of fun exist in this game. Each is uniquely challenging, with the difficulty level increasing as you proceed up the levels. There are three game modes that you can try your hand at- plus, difficult and normal. The normal mode follows the standard rules of the game and serves well for practise and challenge. The difficult mode has a picked selection of the hardest ones, making you really rack your brains. The plus mode, on the other hand, is an intermediate between the two, adding time limits as a constraint. The right combination of timing and strategy is the key to winning this game.

The design and build of the app is noteworthy too. The graphics are splendid, although the movements lag a teeny bit lagging. For those who are intent upon winning the game, there are a series of in app purchases that will accelerate the same. The app is free of cost and requires iOS 6.0 or later. It is a good and well implemented strategy game that is worth a shot for sure.

Good: Good implementation of the concept