When I see a Gameloft logo, I’m certainly expecting a lot more than from an ordinary game… So in this case, prepare for the fact that my judgment will be more “subjective”. The game starts with character creation process, when you choose your desired hero from a cast of playable classes. Then a short introductory tutorial takes place, teaching you the basics of the game. This involves discarding resources, playing minions and using your heroes power… A bonus for completing the tutorial is given in the form of some extra cards.. Well, for now it’s quite good! Card system revolves around discarding resources, that bring you mana, which is truly invaluable in the game. Imagine it as a life-force bringing substance! Mana is the most important, as will be used to pay cost of bringing to the table minions, spells and equipment. You simply pay the required number and put the minion on the table.

One of the greatest additions in Order & Chaos Duels is an ability of your hero, that can be activated when it’s ready. It normally takes 3 turns to fill up the ability bar… The main goal of each battle in Order & Chaos Duels is to defeat opponents’ hero… This can be achieved in a few ways. Firstly, by directly attacking your opponent with minions. In this case they must remain unblocked by opponent’s monsters. A second way to do this is by casting damage spells, that directly affect your opponent. But don’t you think that this will be an easy task, as most heroes will have equipment (armor) cards attached to them, that make hitting them much harder! Game involves many special card abilities that take the game-play to a different level. For example “bleeding” will cause big damage at the end of opponents turn… Most of the time you will have to think in an ability-oriented way! 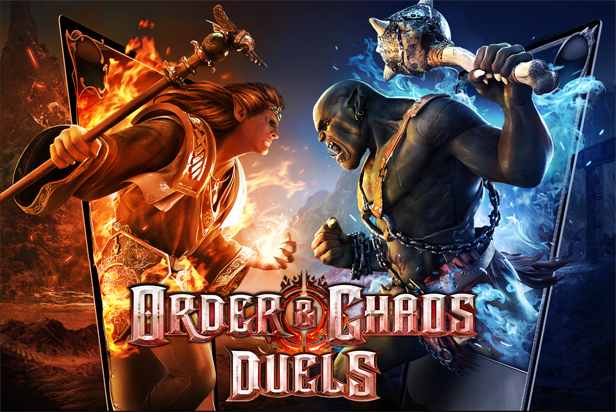 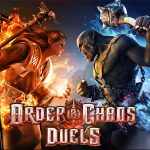 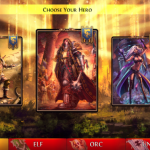 Order& Chaos Duels will test your skill firstly in campaign mode, where you are matched against computer controlled opponents.. When you feel self-confident enough you will come to challenge the multi-player modes. The most popular will be “ranked game” of course, because it gives you the official Order & Chaos Duels support… Multi-player matches are played in a rather fluid way, but from time to time you will have to wait for an opponent for hours… This are strictly technical issues, that should be taken care of with time! Order & Chaos Duels can boast with beautiful graphics, that really shine on your Iphone… This gives the game a very spectacular feeling. Following the latest gaming trends, Order & Chaos Duels has implemented character leveling system and daily tasks that can be fulfilled for rewards.

Upon adding up all the information about the game, I can say that Order & Chaos Duels is a rather satisfying product. You get one of the best trading card games on the platform, plus many of the features can be accessed for free! Gameloft has achieved in doing their job once again with satisfying results.