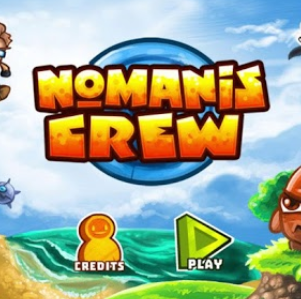 If the name Nomanis sounds familiar to you, it is no coincidence. Nomanis, the well known streamer from Twitch.tv, is here on a new adventure in his own Mario-like world of side scrolling and platforming. That’s a great premise, but is the game any good? This review will help you find that out. 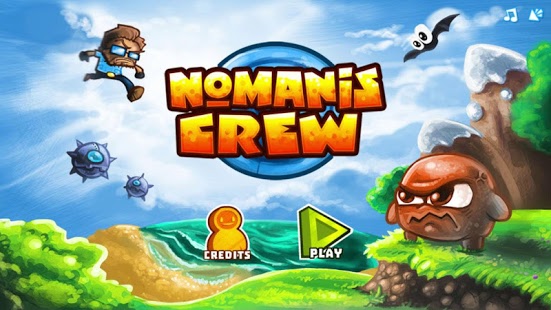 First off, the game is available for Android for around 1$. It is a 25MB download, so it’s neither expensive, nor difficult to download. Once you start the game, you are greeted with a simple interface, with just credits’ and play’ as options. A clean and simple interface is always a plus, and, since it is not a free game, there are no annoying ads all over the screen. The main interface after pressing play is a map, populated by elves that you need to pass to progress further – something similar to Mario World. The game is not a Mario rip-off, which is important to note, as it is different in many ways and there is much more to do. The graphics are nice and clean, but nothing spectacular. The goal of most platformers is to get from point A to point B, but there is a twist here. Just like in many other Android and iOS games, after completing a level you are graded with one, two or three stars (in this case medals), going from bronze to silver to gold. You will need to unlock the cage at the end of the level, collect all coins in the level and rescue baba to get a gold medal. The addition of these elements makes it fun to later go back and play the game in order to collect all the gold medals. The music is nice, it fits the game just right, just don’t expect to be blown away by it. 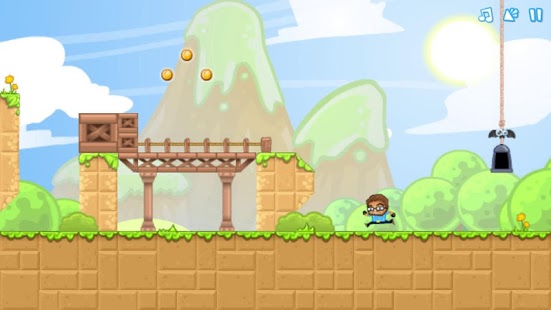 Now let’s move on to gameplay and controls. The controls are quite simple and, personally, I like them a lot. You move left and right by moving your finger in the direction where you want Nomanis to go. Additional actions are performed by taping A for jumping and B for additional actions like gliding in the air after a jump or blocking against enemy attacks. An added bonus is that you are shown where the controls are the first time you play the game, then they are removed from the screen, so all you see is the game and on screen controls covering up your screen. It’s a simple control scheme, which is always a great thing, especially on mobile devices. The gameplay is fun and simple, you jump, run, glide in the air and collect stuff. It’s not overly complicated and that is a good thing.

In conclusion, is the game worth paying for? Definitely yes, it is a simple and fun platformer with a good level of content. Furthermore, no annoying ads and no premium content or restrictions are well worth the money. Let’s just hope that the developer keeps updating the game and adding more content, because this game has a lot of potential.