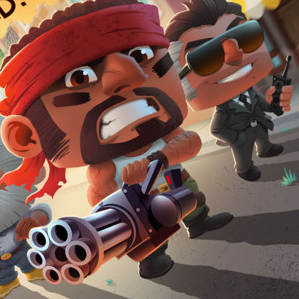 No Zombies Allowed is a mixture of a zombie survival game and a city builder. This unique concept is a breath of fresh air in an over saturated Zombie heavy App Store. This game is without a doubt unique, but is it fun to play?

The game relies upon a few different factors: choosing new residents, building new housing and conveniences, killing zombies and completing random challenges. Choosing new resident’s sounds simple, but it turns out to be more difficult. People will turn up at your gate with a skill rating and you have to decide whether or not to allow them into your city. Those with a high skill rating can be employed usefully in you shops, with those with a lower rating being less useful. If you decide you don’t want someone in your city you have to deny them entry, which seems heartless given the current zombie situation, but it’s up to you.

Building new houses and shops is similar to time based games where each new thing takes a set amount of time to complete. After being built and you have employed someone to run the shop, they can make things which generate an income for you. This is where the skill rating mentioned earlier comes in, the higher the skill rating, the less time and materials it takes to manufactures things – so it literally pays to employ the best.

Of course if you don’t want to wait for buildings to finish being built you can purchase additional coins which boost the process. This micro-transaction system is familiar to a lot of App Store games, and this is less exploitative than other models as you don’t really need to build things at a quicker pace, it’s more of an option available to you. 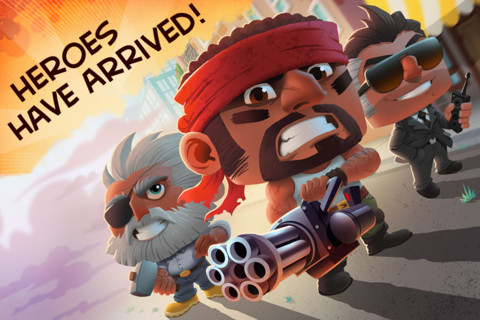 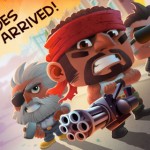 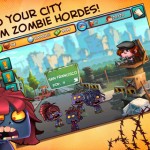 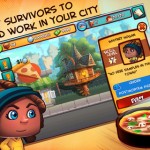 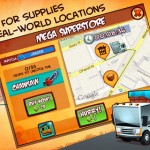 The killing of zombies takes a much smaller role than the title would imply. You have one sniper in a guard tower and you tap on zombies to kill them for financial reward. There appears to be no penalty for not killing them, and very little reward for killing them. Either way, it’s a welcome distraction from the main game.

Finally the random challenges that appear occasionally will provide you with small tasks to complete for large rewards. There isn’t much actual challenge to these, but again, they provide a distraction from the main game.

This game is perfect if you don’t really want to play a zombie game, but want to give context to a city building game. The mechanics work fine, and the gameplay is casual in nature, so won’t consume hours of your time. It’s a free app, so there isn’t really a reason not to give this game a go.