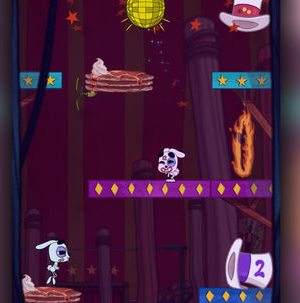 Hop Hop Away is a game puzzle that is based on mistreated bunnies surviving in the EVOC extravaganza. The circus has a cruel ring master who abuses the bunnies, an action that lead to their escape. The bunnies are supposed to escape from the EVOC circus through four environments to their assured land; The Happy Farm. The player is required to direct the bunnies on the journey through four different stages up to their final land away from EVOC circus. 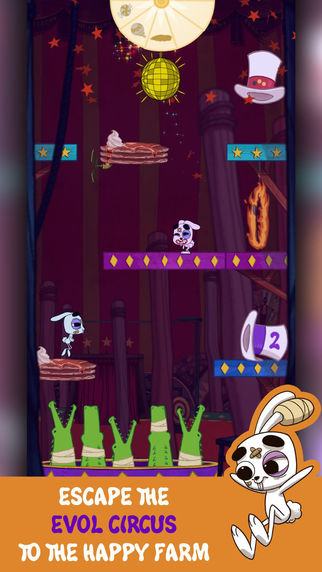 A young independent studio (indies) from United Arap Emirates in Abu Dhabi developed the app for iOS and Android devices. The CEO of the company, AlMansouri, had been an employee of Ubisoft studios. The main objective of Hop Hop Away was to make clear the abuses that animals go through in the entertainment set ups such as circuses. Lemmings game is the main inspiration of the game app with bunnes and berries being the favorite luxury for the bunnies. The company has a good customer relation with its clients and is available through the social media. The reputation is shown through positive client’s feedback. 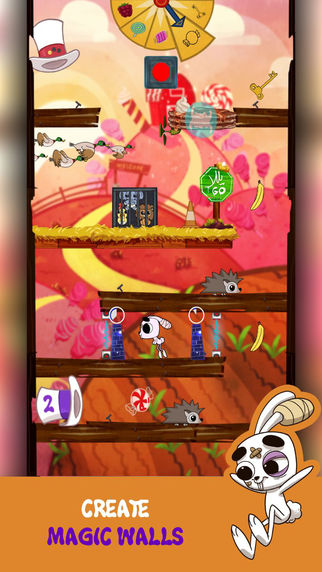 For the game to proceed successfully, one must make sure that the happy meter is completely full. The move should be intelligent and perfect. The bunnies interrelate with the world matter that directs them from risks. This is done so by making sure that bunnies eat all treats in the correct order. Using the gamer mechanics on the game app, cheer up the bunnies as they pass each successive level to their promised land. The gamer must make sure that the happy meter is full.The candy and berries then unlocks the portals for each new level to the secret, most desired world. 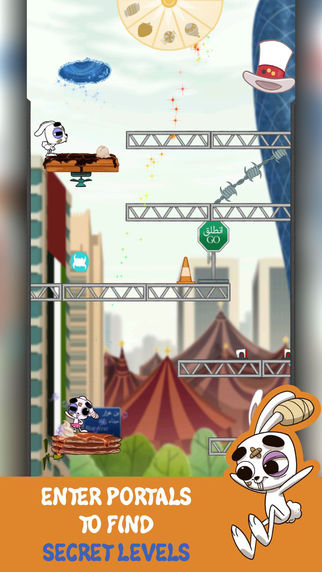 The game has simple features that players can easily follow. It involves more than sixty challenging levels. Each level has three unusual endings depending on the level a player reaches. Other features are Create magic walls, save imprisoned animals and finally reach the boss levels, the highest level. The highest level is referred to as Bunny VS Ringmaster. At the end, players can share their replay videos with friends using their share replay videos features on the app. The main devices that can work well with the app include iPad, iPhone and iPod touch. The app also work well with the most recent mobile operating system (Ios 8.0 and forth) with some beautiful visual features. The app takes a storage capacity of 228MB.

To conclude, Hop Hop Away 1.0 is very affordable in the global market. It cost about 1.99 USD via the App Store in the Games category. Also, mobile users can access another Android version on Google Play. The game is simple to maneuver with intelligence and its features are simple to explore for beginners. Apart from being a part time luxury, the game gives the users good thinking ability. Clients anticipate that indies studio could improve the features of the app and come up with a more improvised gaming app.