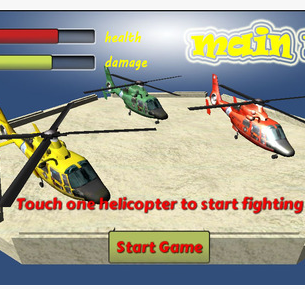 Helicopter Air Fighting is an action game app which is created by “thien tran vu”. The game is purposed to provide challenges and usage of both hands to fight other helicopter fighters in the air. The app is available and designed for both the iPhone and the iPad with the compatiblity requirement of iOS 6.0 or later.

The very first things you’d notice in the game once you lunch the app are the friendly environment and design of the game interface, the game’s interface is designed in a way to provide excitement and motivation to click the “Start Game” button and start showing the best abilities you can provide. 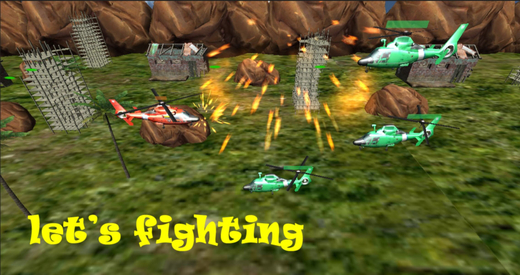 Once starting the game you would notice right away the graphics are built in 3D but in a one environment gameplay (playing to the side) which is a unique thing in iPad/iPhone games. In the game you are a helicopter fighter in the air whos mission is to destroy and shoot down other helicopter fighters coming across your way. You have a score and a lives interface while playing the game which is nice because you can build up your score and having more chances in increasing your score and doing your best of abilities to shoot down the helicopters. 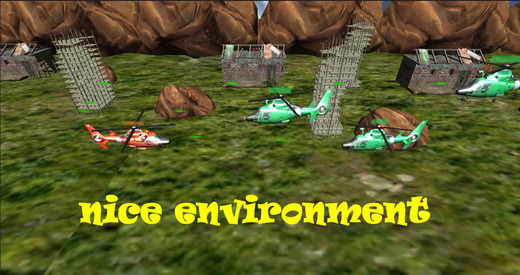 One thing for certain is that the game starts off slightly easy with two options, to shoot bullets and rockets. You have to use your abilities with shooting bullets and rockets according to the challenge in the game and the quantity of fighters that are coming across your way. The game gets more exciting as you gain more scores and the challenges get more harder and harder which makes you use both of your fingers more and faster.

The style of the game after all is all in the sky and fighting as a helicopter. However, it is considered somewhat easy for some users or perhaps I have found the first challenges to be easy till it gets to constantly getting 3 helicopters or more per challenge. Using the rocket button is helpful when you need to shoot down helicopters and to do it faster when there are many of them. But with all that being said the game is still enjoyable, addicting and occupying for both kids and adults. 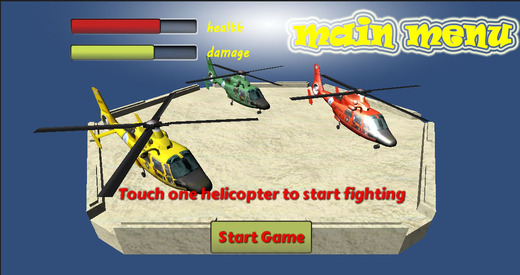 The game also provides a selection between the colors of the helicopters. There are only three selections which are: red, green and yellow. By choosing you can start playing right away and gaining scores and doing your best. It is recommended to use your right hand on the bullets and rockets buttons while your left hand controlling the movement of your helicopter. By using this method it will surely improve your chances of gaining and increasing your scores rapidly as you would play more efficiently.

In conclusion, if you’re looking for a fun, challenging, air style game with nice graphics and interface which is easy to get addicted to and easy to start off with and get used to, Helicopter Air Fighting on the app market is the one for you! Get it on the iPhone or iPad if you have iOS 6.0 or later for free and start playing now.