Genre : Action | Shooting Games
Platform : Online Games | PC
Developer : CJ GameLab
Positivies :skill-based game; nice customization system; MMO-maniacs should recognize its value
Negatives :no innovative ideas that could set the game apart from the competition; not ready yet to "rock" the genre ; graphics could be improved
3.5

During the course of the last years we could observe a sudden growth of MMOs, and among those FPS being no exception. We’ve already had military, space, tactical and other strange variations of shooters… So is there “real deal” behind releasing District 187  to the gaming market? This is no easy question to answer… District 187 is a very realistic game. This fact obviously affects the game-play in certain ways… For example: getting hit once with a shotgun will mean in most cases instant death. With this in mind, players will try to use cover, alternative ways and other methods to catch their opponent off guard! District is very skill-dependent and gives recognition to good players. A “pro” will make an absolute mess of a beginner. So it only proves that this game is no luck-based!

District’s main menu comprises of a couple of channels… each of them containing a list of rooms that can be joined at the given time. There is enough variation of playable modes in the game, including: Round, Boss Fight, Team Death match and Bomb mode. District 187 uses a very simplistic experience and cash system, that became a staple of the MMO-FPS. After each battle you gain a little bit of experience and cash. You level up when you gain enough exp points. Money can be spend later on weapons, modifications, costumes and other stuff from the Item Shop. Game models and weapons, while not stellar, have a pretty nice look to them. Maps, mostly remind competitor’s well known designs. Some are a little bit better, some worse but their overall quality is not bad. 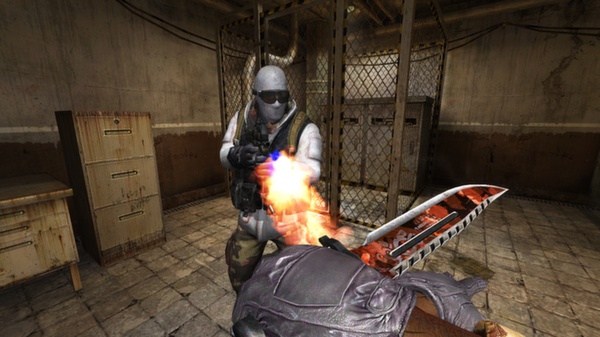 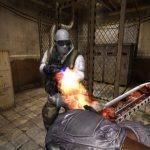 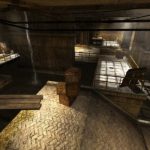 In terms of visuals District doesn’t offer anything special. Everything was already seen in other MMOs. But remember that this game is Free To Play, so you shouldn’t expect ultra-graphics and sound! Game includes modes that you can play in most MMO-FPS… One of the more original concepts (that could set the game apart a bit ) is Street Fight which involves clan battles over the territory.

District 187’s main problem lies in the fact, that it doesn’t offer anything different than its competitors. In no way this is a weak or badly-developed game…  I just expected something “more innovative” that would make this product characterful and memorable… To be competitive on the MMO-FPS market District 187 will have to develop its own style and ideas. This I wish this game in the future…

PS.There’s one light in the tunnel that shines for District! This game is quite new, so it will be for certain constantly updated and improved for a couple of years. This should make up for all of these shortcoming mentioned earlier!