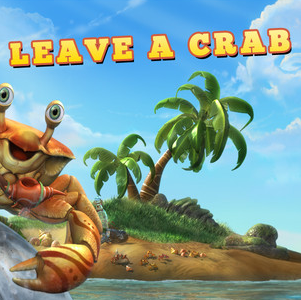 When a company as large as Coca-Cola makes an app, you know it’s either going to be spectacular or an advertising-filled disaster. I can’t say I was specifically looking, but I didn’t notice any blatant, out of place Coca-Cola logos while playing this game, which is a real testament to how a large corporation should make a game.

When the game loads you are immediately hit by an incredible pre-rendered animation. The quality of the animation is something you might expect from a Pixar movie, and while nothing of note really happens, just admiring the quality on a Retina Display is enough. Restarting the app just to see if you actually just witnessed an animation of that quality sounds ridiculous, but once you see it, you will realise. All of this before you even hit the menu screen!

The game is unfortunately not as spectacular as the loading animation. It’s just a generic jump to get the coins while moving, type of game, but again the quality of the animation is really a spectacle. It’s rare to see a game use the full potential of the iPhone, but this gets close. Close enough that it will not function properly on the iPhone 4, and so requires a 4s or new iPad.

The limited number of systems this game can be played on is another disappointment. It’s fine having an app that looks beautiful, but if only a certain number of people can play it, it’s pointless. 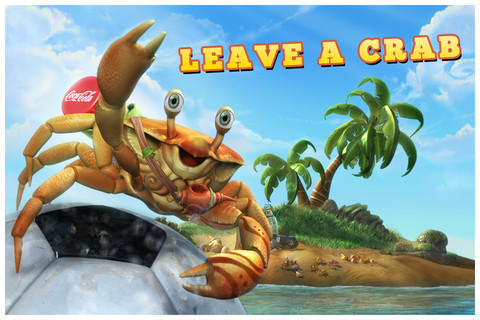 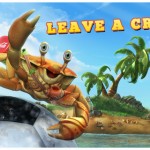 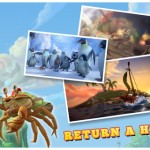 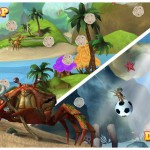 The story isn’t the most obvious in the App Store, and I’m still unsure why the game involves crabs, penguins and footballs, but from a charm perspective, it’s difficult to argue with – especially when everything is animated to such high quality.

There are six unique levels, each with different terrain, so if you enjoy the basic principle of the game, there should be enough content to keep you occupied for a while.

Coca-Cola promises an adventure, and while this may not be true for every user, it certainly delivers a game that is impressive and a cut above the rest. It is not every day you will see a game of this high quality, so even if the gameplay isn’t your thing, it’s still definitely worth checking out.