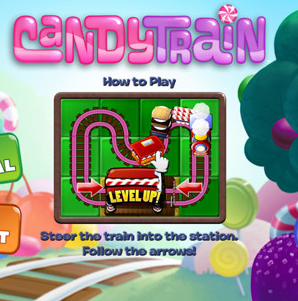 Candy Train is a simple game with an inspiring backstory. The game holds its roots in the past, but was forgotten about as PopCap focused their attention elsewhere. With the game seemingly lost to the archives, it took an up-and-coming developer to take the concept and reinvent it for the app market. This developer however didn’t work for, and had no affiliation with PopCap. Many companies would have taken a dim viewof someone doing this with their product, but PopCap instead decided to employ the developer. Enough of the history, there is an app amongst all of this let’s not forget.

The game is based on the simple mechanic of rotating pieces of train track to divert to ever moving train. The pieces move clockwise through four positions, and due to their size, this often feels clunky and difficult to use. The nonstop presence of the train means that the gameplay is very fast paced, but can also quickly get out of control and just crash because you didn’t rotate a piece quickly enough.

This is no ordinary train though, this is a Candy Train. The app description paints a lovely, Disneyesque view of such a train, but in the app itself there is very little to differentiate this from any other train. The world is littered with confectionary pickups that add carriages to the train, but that is really all that can be said for the theme.

The combination of the random pickups, fast moving train and small tiles to rotate mean actually touching the screen to play the game obscures nearly everything, rendering the game unplayable. This is bad enough when the speed dial is set to ‘slow’, which means any progression is essentially impossible. 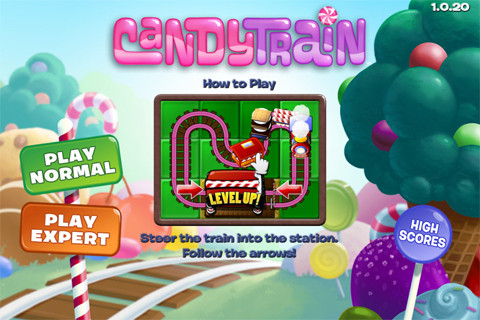 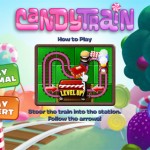 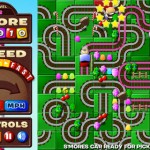 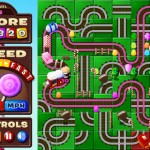 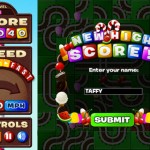 If you had the smart idea to keep the train going round in a circle while you decide your plan of action, you might need a rethink because the pieces of the railway reset after the train has moved past them – leading to a constantly changing game, but also the annoying persistence of having to move piece you just moved.

This game is unique, but its amateur development is unfortunately its downfall. There is none of PopCaps gleam and polish, instead is a game that barley functions, is difficult to control and is in no way true to the theme for which it bears the name.