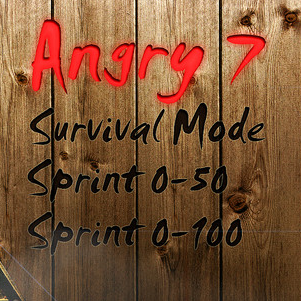 Angry 7 is a totally unique, but painfully simple game that revolves around the number seven. The game may sound number based, but as long as you have a basic grasp of the 7 times table, then you really shouldn’t encounter any issues when playing the game. If you happen to hate numbers, or specifically the number seven, then given the diverse App Store there are probably other games for you.

The game involves incrementally increasing the number on the screen by one, but there is a seven-related twist unsurprisingly. You must hit another button every time a multiple of seven or a number with seven in is the next number. That description makes it sound more complex than it is, but essentially it’s not very difficult.

There are three game modes, each with a varying degree of difficulty. The first is a plain survival mode. In this you have three lives and just see how high up the number line you can go. The second mode is a time trail from 0-50, with any error resulting in a failure. The third mode is the same but to 100 instead of 50. Three game modes is perhaps more than you would expect from such a simple game, but even with them there is a distinct feeling of familiarity.

Even if you don’t know you seven times table that well, after a few attempts you will just remember where the digits come. This really defeats the purpose of the game, as you are now just remembering what to press at what time. This sounds like it’s a children’s app, and it probably is, but the advertising in no way suggests that. 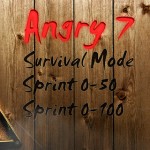 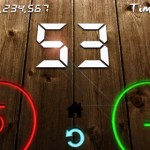 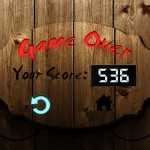 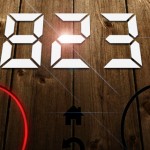 The graphics are simple, but beautifully presented, the wooden background contrasts the numbers perfectly and every time you tap the screen things happen as they are supposed to, without any stuttering.

For a free game, without a micro-transaction system, it’s difficult to complain about it too much. It doesn’t pretend to be something it’s not, but what it is, is just pretty boring. If your child is struggling with the seven times table, then that is the only realistic use for this game.